Who is Allowed to Marry My Daughter, Based on Baseball Hat Fashion 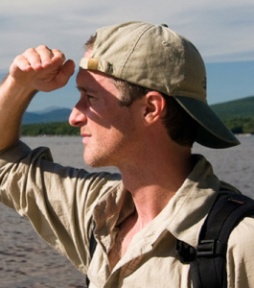 No. Seriously? The whole reason baseball hats were invented was to keep the sun out of ballplayers’ eyes. This knucklehead does not have a practical bone in his body. What do you think he is going to do if the kitchen faucet leaks or the grass in the backyard starts to get long or the dog needs to be walked? That’s right, he is going to look to you to do all the practical stuff, thinking that his job is to be the good-looking one in the couple. He ain’t bad, but he ain’t Brad Pitt.

No. No one who wears a flat-billed baseball hat is ever marrying my daughter. The baseball hat is supposed to fit comfortably on our curved heads. The flat bill works only if your head is flat. They guy must think his head is flat – or should be. You know what else he thinks? He thinks that zombies are real and that one day the unicorns will return. He also thinks he is on the verge of breaking it big as: a) a music impresario, even though he doesn’t know how to play an instrument, sing, or know anyone who does these things well; b) the next Steve Jobs, even though he doesn’t know C++ from “All You Can Eat” night at a seafood restaurant; or c) a fashion model (let’s just leave it there).

No. On the opposite end of the spectrum from the guy who wears a flat-billed baseball hat is the guy who smashes the bill into a half-circle. The only way this works on his head is if his head is shaped like a cone. Don’t believe me? Try it yourself! This guy does not harbor any silly fantasies. He also has no imagination. His idea of a perfect date with you: 1) go to Sonic (you pay); 2) go to the movies (preferably something with Jackie Chan); 3) go get shitfaced; 4) you give him a blowjob in your car; and 5) you drive home alone after dropping him off at his mother’s house, where he is “renting” the basement. You see where you fit into the equation here? And don’t go thinking that he will change. Why should he?

No. Are you really thinking about even going out with a guy who wears a baseball hat sideways like this? What you are really looking at is a guy who is so delusional, so utterly off base, that if he ever “grows up,” he will look at a photo of himself with a baseball hat on his head sideways and immediately kill himself. And I love you too much to want you to go through that kind of pain. 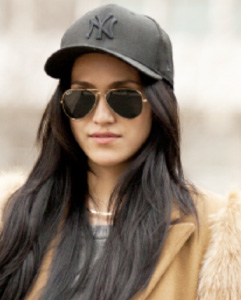 No. You may not marry a New York Yankees Fan. Have you ever heard the phrase, “that’s like rooting for the Yankees?” It means that this person is a front runner and will commit to the marriage only as long as you are in the running for the pennant. Once you hit a prolonged rough patch, the New York Yankees’ fan will become a miserable husk of a human. The upside to the Yankees is that they play in a large market and are rich, always able to sign talented free agents to ensure that they are almost always in the mix. However, I am not rich and neither are you.

Hat looks to fit comfortably on his head. Appropriate curve to the bill that works with the shape of his head. Ready to shade his eyes on even the sunniest days. This guy is clear-headed, focused, and ready to get to work. He will be the first man to land on Mars. He will find the cure for cancer. He will successfully broker peace in the Middle East. He will be granted the first patent for a time-travel machine, become the richest man in the world, and give all his money to charity. He will pay attention to your orgasm. He will tell you that he loves you every day. He will fully support you in your ambition to become a punk version of Martha Stewart. He will tell you that the dress makes you look fat. He will get up in the middle of the night to feed the babies and insist in changing the diapers. He will change the oil in my car. He will remind you about your mother’s birthday. He will take your mother and me out for OUR anniversary.

I am trying to awaken from the history of my ancestor's nightmare to comment on my Holy Trinity of Interests: art, literature, and music. Oh, and thoughts on dysfunctional families, which is to say families.
View all posts by Stephen Dedalus, Jr. →
This entry was posted in Culture, Divorced Parents, Punditry, Yutes. Bookmark the permalink.